MAGNETIC JPG around the Öresund Bridge

In moderate gale, birds move by flying along the leeward side of the Öresund Bridge. The Danish trains no longer cross the bridge. At Copenhagen Airport, these trains return to Copenhagen Central station.  At the train station at Copenhagen Airport, but also in Hyllie, passengers’ passports are checked. Those who do not have valid identity documents are refused to enter Sweden.
A magnet is a body that produces a magnetic field. Not far from the train connection across the Öresund, there are magnetic JPG. A magnetic JPG can move between different relations and in different environments. It is not connected to biometrics, keywords or algorithms, nor to a specific region, nation or municipality.
A JPG image is a graphic object, a compact image format created on how colour is perceived by the retina. Magnetic JPG are material objects that can be moved without being noticed. There is no need for nails, hammers, tape or pins. The digital images created for Internet are now materialized by means of an inkjet printer. On the back of the image there is a thin surface of magnetic poles, and these allow the image to attach itself to the other magnetic surface.
A magnetic JPG is not a vital document, unlike a valid identity document. Through the element iron, present in all human bodies, the iron around the connection across the Öresund and the iron in the magnetic JPG, new movements are created. 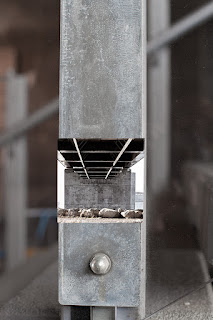 Background in brief:On January the 4th in 2016, identity checks were introduced on entries to Sweden by bus, boat and train due to the arrival of many refugees to Sweden in the autum of 2015. This for instance means that all passengers’ identification documents are photographed by supervisors* before passengers board the trains to Sweden from Copenhagen Airport. Those who do not have a valid identification are refused to enter Sweden to seek asylum. In Hyllie, another check of identification document is executed, this time by the the Swedish police.

Previously, it has been possible to travel between Denmark and Sweden without showing passports or identity documents. The aim has been to create a feeling of a borderless region since the building of the bridge in 2000.
* The 12th of April 2016, DSB stopped photographing the ID documents. Now it is the human eye that control the ID documents. 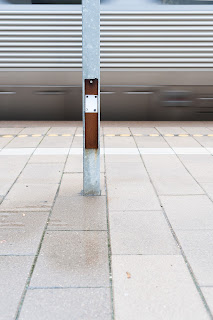 Magnetic JPG around the Öresund Bridge 7/2 2017, Galleri Rostrum
The pictures that have been present at the border, were shown at Gallery Rostrum and at the surrounding district at an AAW (Art After Work) earlier this month.
During the same evening there was a conversation were the nurse Åsa Wieslander that was telling about her long experience in the care of people without documents and questions about the fundamental ethical principles of health care.

See more about the magazine: http://hjarnstorm.se 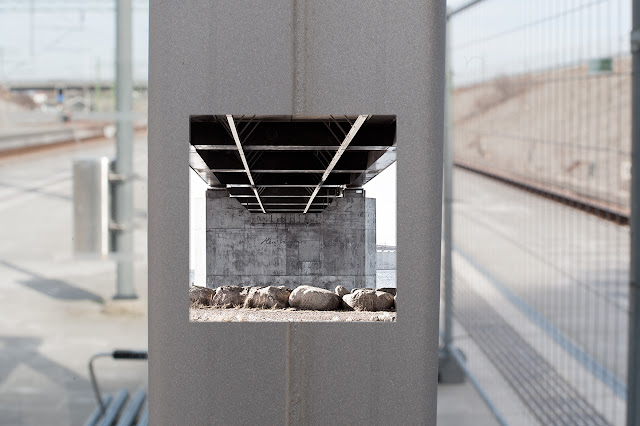